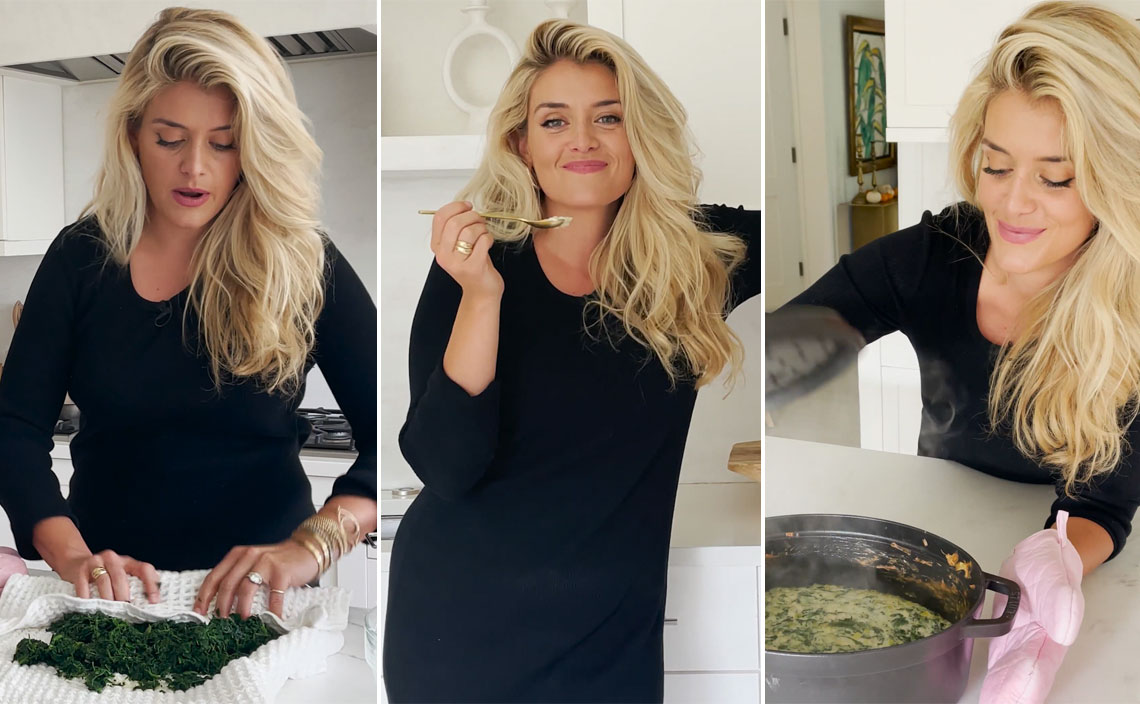 Hold the phone… are we talking about sweet and savory leeks and plenty of vibrant spinach? Bathed in the most luxuriously creamy sauce scented with cognac, baked to rich casserole perfection, and topped with crisp, salty fried shallots?!!! We are?? WE ARE!! The very best part is everything can be made a day (or even two) ahead, so it’s the perfect, easy addition to your confidence-boosting Thanksgiving feast! And I know I don’t need to tell you about adding this on your leftover sandwich… an absolute must.

See this recipe come to life on my IG Video. 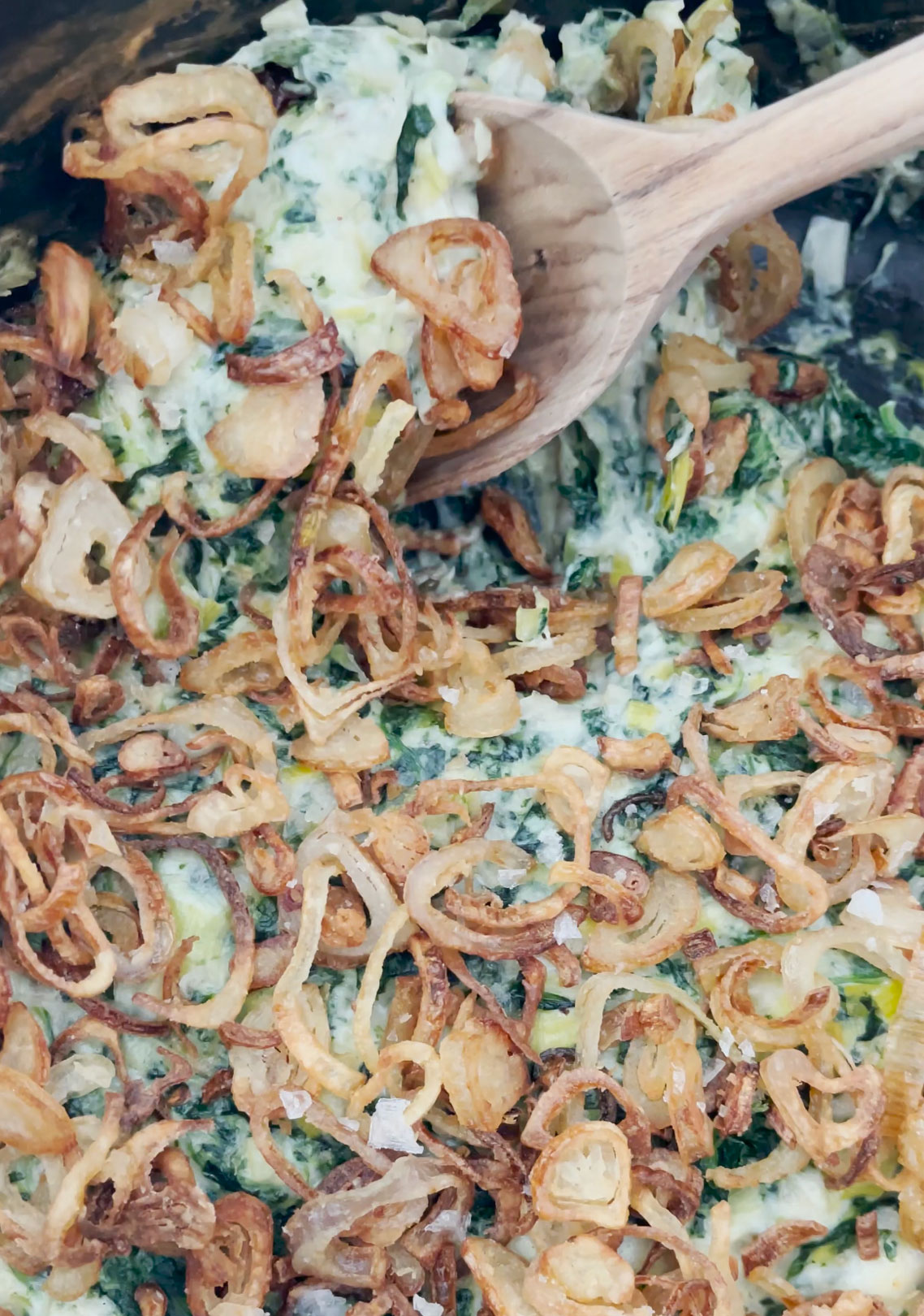 Instructions:
•Place the spinach into a clean kitchen towel and wring out the excess liquid. Add the spinach to a large bowl and set aside.

•To prepare the leeks, cut the dark tops off the leeks and discard, as well as the root bottom. Cut the leeks in half lengthwise and place into a large baking dish filled with water to soak for 10 minutes, shaking occasionally to remove any dirt. Once soaked, rinse the leeks under water again to remove any remaining grit. Pat dry and thinly slice.

•Heat a large saute pan with butter over medium-high heat. Add the leeks and garlic and cook for 4 minutes or so until the leeks just soften. Season with salt. Add the thyme and cognac, be careful as the cognac might ignite. If so, remove from the heat and allow the flame to die down.

•Sprinkle the pan with flour and nutmeg and stir to coat. Add the heavy cream and milk and bring to a simmer. Allow the mixture to thicken, about a minute or two. Season with salt and pepper.

•Pour the cream mixture over the spinach and stir to combine. Season again with salt and pepper. Remove to a 2-quart baking dish, cover with foil, and bake for 20 to 25 minutes until bubbling and hot. Top with crispy shallots and serve.

For the Crispy Shallots:
•Heat the oil in a medium saucepan until shimmering, about 360ºF. Dredge the shallots into the flour, shaking of any excess. Place into the oil and allow to fry for a minute until golden brown and crispy. Remove to a paper towel-lined plate and season with salt. 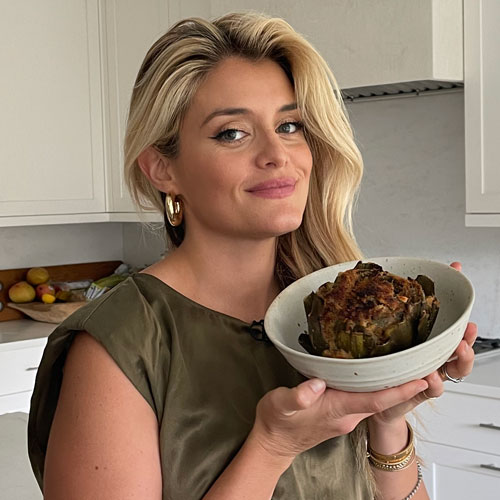 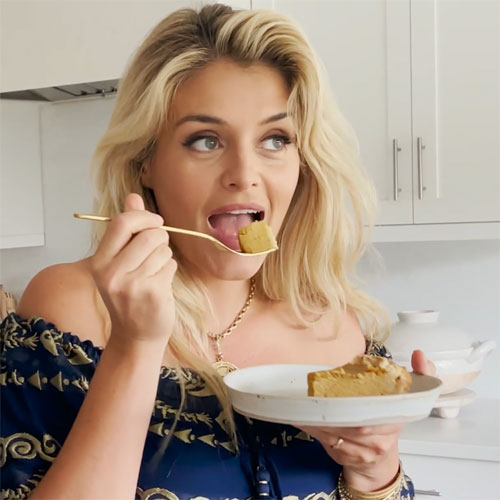 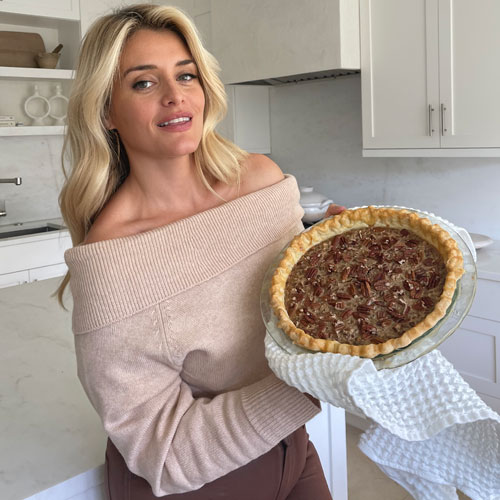 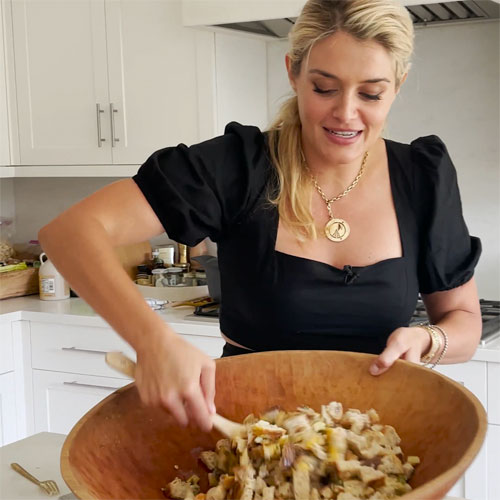 SIGN UP FOR A WEEKLY DOSE OF WHAT'S GOOD!

Be the first to receive exclusive recipes, special invites, and all my favorite finds straight to your inbox.